By Sydney RezzaMarch 10, 2022 Blog, Versus The Week, Charity

In February we announced our charity partnership with Paws Your Game. Today we are extremely happy to announce our first charity event together – First Class Paws 🐾🥂 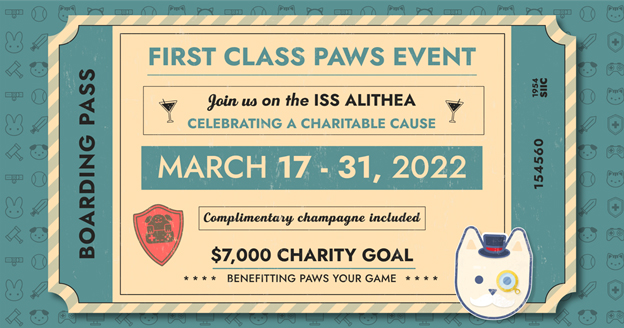 Versus Evil, Paws Your Game & First Class Trouble will be hosting a charity event March 17th-31st, 2022 on behalf of animal advocacy. The event, First Class Paws, will feature the Versus Evil Heralds and the Paws Your Game Ambassadors as they host charity streams towards our collective charity goal of $7,000.

The content creators will be part of collaboration First Class Trouble lobbies as well as hosting their own lobbies and games throughout the event. Many of the participants will have incentives for their communities to reward them for donating to the cause.

“Charity streams are incredibly satisfying; you get to make the world a better place while playing games with chaotic, fun incentives. And beyond that, you help raise awareness of important causes. So I’m thrilled that as a recently invited Versus Evil Herald influencer, I’ll be able to play one of their games with friends while improving the lives of animals in need.”

To incentivize the charity goal as a whole – Versus Evil will be contributing a donation to Paws Your Game depending on milestones hit in the total charity goal. Other incentives for the event include First Class Trouble Twitch Drops for users to earn and Versus Evil game key giveaways. Supporters will get more information regarding the Twitch Drops as we get closer to the event.

“One of my main goals upon taking the step to stream had always been first & foremost making a difference. To work alongside not only as a representative of Paws Your Game, but having the pleasure to work alongside Versus Evil Heralds as well for such a great cause, it makes me feel that same little spark as man’s first steps on the moon. It’s an exciting turning point I am very ecstatic for!” 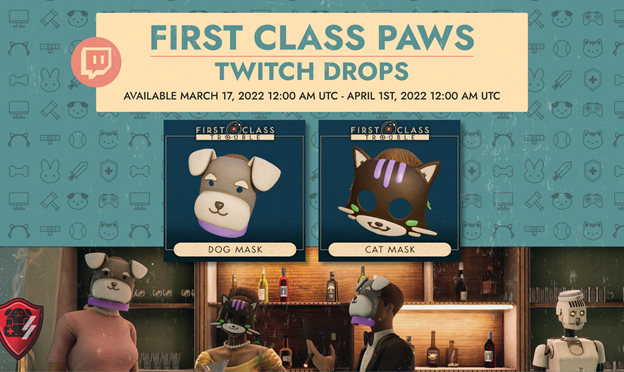 One of the Twitch Drop masks is modeled after the late Sophie, who was a family member near and dear to the founder of Paws Your Game, Josh/AllAnimaul.

“Sophie… After you passed, I made a promise when I got out of treatment that I’d save animals just like you. Now you’re being immortalized in a video game. Unreal doesn’t even begin to describe it.” 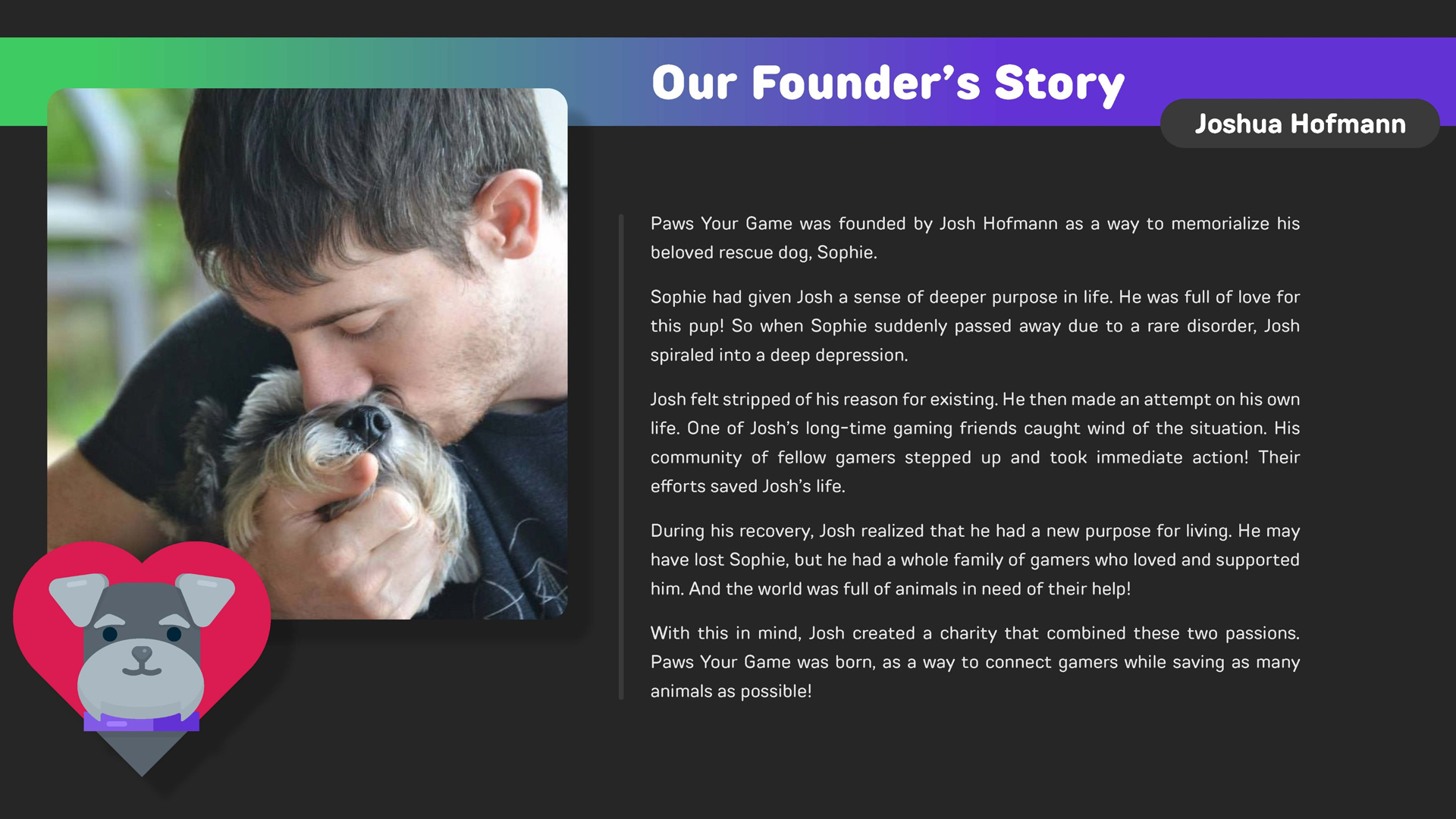 “I am thrilled to be part of an event that is both raising funds for animals in need and raising awareness about an amazing indie game developer. Both of these groups deserve recognition and support for the work they do in being a positive impact on so many lives. Ev-furry-one is a winner during the First Class Paws Event! ”

We can’t wait for the event to begin on March 17th and look forward to your support! Be sure to check out the two stream teams linked below. Thanks so much!

Paws Your Game fights for animal advocacy within the gaming space. They work to connect shelters, rescues and welfare programs to gaming spaces which brings necessary funding and awareness where it is needed most. By leveraging the social awareness and philanthropic nature of gaming, live streaming and influencer communities Paws Your Game is able to help shelters, rescues and animals in need.

Application for Versus Evil Herald Program

Versus the Week: Meet Sydney

Versus the Week: Meet Sydney