Sockventure takes players under the lid of these cursed appliances, and uncovers the horrors within! Guide Superhero through 200+ punishing levels of platforming madness on a quest to retrieve the Kid’s favorite pair of lost socks.

For more on this shocking exposé into “Big Laundry,” we spoke with Antti Hietikko, co-founder at Nighthouse Games! 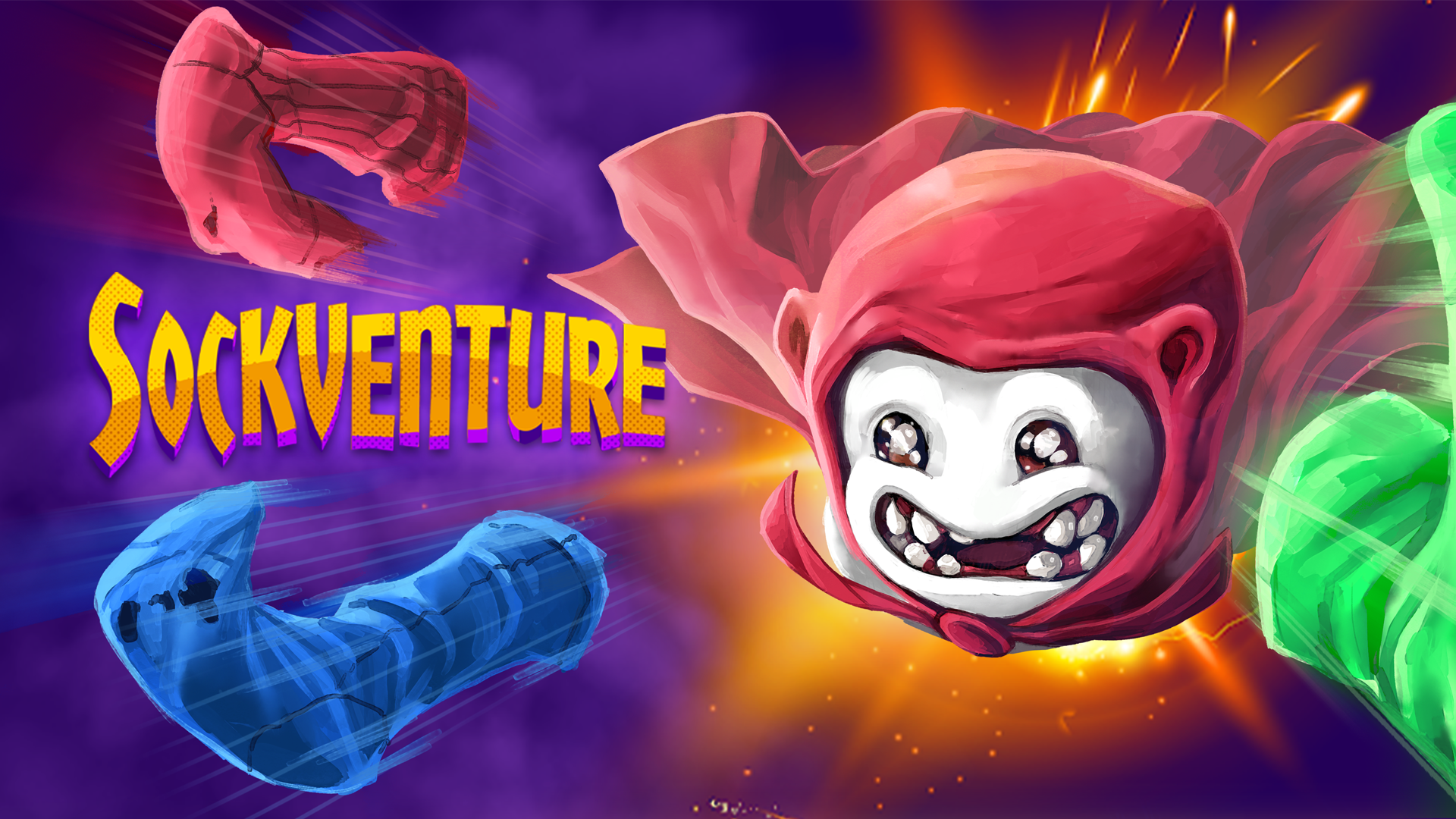 Where did the idea behind Sockventure come from? Does anyone on the team have an evil washing machine?

Haha, no! When we started this project almost three years ago, we knew we wanted to make something silly, but well made. We had a couple different ideas, which we pitched to our friends, and this evil washing machine idea was the most popular one.

In all seriousness, where do you think missing socks disappear to in the wash?

We have done some serious background research, and our studies show that it must be the spikes inside the washing machine. Some researchers claim that all the socks don’t even end up in the washing machine in the first place, but that can’t be true, right?

What are some of your favorite abilities that Superhero unlocks throughout the game?

Definitely dash. In Sockventure, we have short and longer dash. It gives some variation for level design, and advanced players can use that variation for speedrunning.

How many abilities can players unlock in total?

Superhero can learn four total abilities: Wall jump, Double Jump, Dash and Stomp. We’ve also made variations for the Stomp skill. For example, the player can use either “Stomp” or “Stomp Jump,” which is also pretty fun to play!

The game begins with the Kid losing his favorite sock and enlisting the help of the Superhero to retrieve it. Describe your own favorite pair of socks, and did you put them in the game?

I have a lot of funny looking socks. But my favorite ones are just basic black socks! And yes, those are in the game. 😉

Sockventure has over 200 levels full of platforming goodness. What did you use as inspiration to create it all?

We wanted to make a challenging platformer with only stage hazards. I like to just shut my eyes and visualize what I want to play. Our very own Eetu Hipponen brings a lot of great technical aspects to the design, and together we can create awesome things!

One of the things that really stands out about Sockventure is its amazingly tight controls. How did you accomplish this?

We analyzed a lot of games at the beginning of the project. Eetu did a great job with the game mechanics. Besides that, I think the most important thing is game testing and listening to the players.

The game is challenging. Like, crushingly brutal. Any advice to players before they jump in?

Don’t panic, it will kill you!

Be honest: are there any levels that you yourself have a difficult time with?

For sure! Levels with tight timings. Who enjoys those? Dark World Chapter 3 especially makes me nervous!

Sockventure has a fun, upbeat soundtrack that really sets the mood. When you’re thinking about a soundtrack, do you draw inspiration more from traditional music or video game music?

“Most importantly, I try to create music that fits into the world and story of the game. Also, setting the mood and the rhythm of the player is obviously important, especially in a game like Sockventure. My musical inspirations come from a vast variety of genres and styles, including some video game soundtracks. But mostly I draw inspiration from non-video game music and I try not to get too much influence from other games of the same style.”

Sockventure is our first commercial game. Our main goal is to make a challenging, but well-balanced game for casual players! So, we encourage everyone to try it out!

Thanks for reading! As always, if you have any content to share or questions for the team, please feel free to reach out via our socials. You can stay in touch with me and the rest of the Versus Evil team by joining our Discord and following us on Twitter, Reddit, and Facebook.

The Hand of Merlin: Dev Blog – The Codex

The Hand of Merlin: Dev Blog – The Codex