The Hand of Merlin: The Gathering of the Gods Update is Here

The Cataclysm threat is too much for Merlin to bear alone, and the celestials have taken notice…

The Gathering of the Gods update is here, and those pesky abominations won’t even know what hit them! We’ve added two new unlockable Guardians, 18 new spells, 5 new relics, but sadly, still no partridge in a pear tree.

There are a lot of goodies in this update to unpack, so let’s dive in!

The Hand of Merlin

The Gathering of the Gods 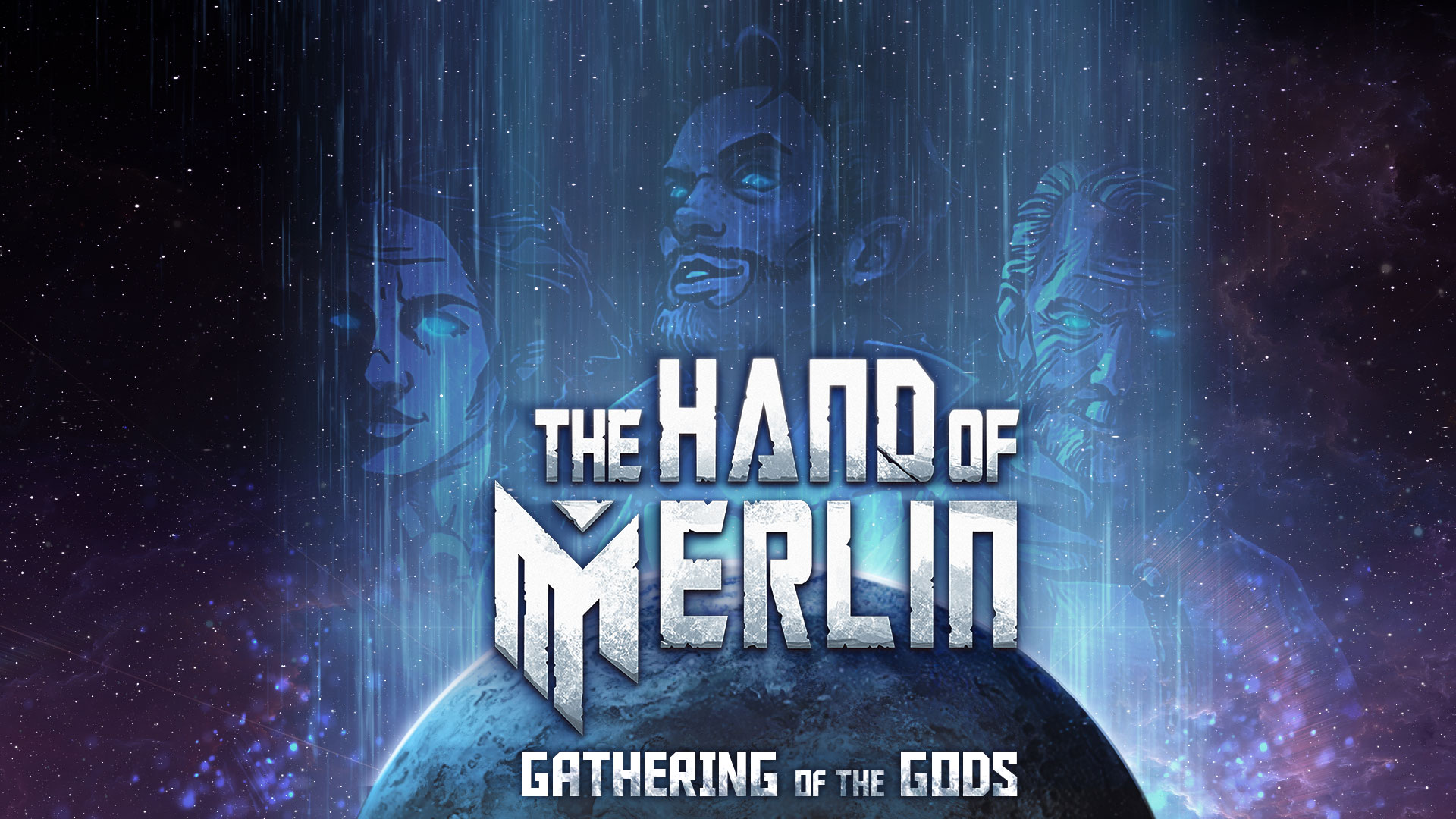 Titled ‘Gathering of the Gods,’ the latest update introduces new features to the game including two new Guardians to aid you in your quest to stop the Cataclysm: Oberon and Atlantes.

As the king of faeries, Oberon communicates only through an emissary, but watches the battlefield closely. Treating the flora and fauna well gains his favor and raises your Faerie Reputation. The value of which can produce either a blessing or a curse upon the party later on.

Atlantes is a cosmic being like Merlin himself, but one who is not particularly bothered by the fall of each world. Amused by Merlin’s desire to save worlds, Atlantes provides aid to the party, but conceals his true motivations.

Each Guardian bestows a unique benefit upon the party, and gives you access to an array of powerful new spells to thwart the invading abominations.

The Gathering of the Gods update also adds a brand new Nourishment system, an upgrade to the current Supplies resource. You will now get stacking buffs (or de-buffs) based on how long you travel well-stocked or poorly stocked. These attributes will affect Heroes’ combat stats in a significant way!

New Relics are also introduced in the update along with sound effects for encounter events and improved visual effects for several existing spells.

In addition to these new features, the latest update will also include various small bug fixes, optimizations, and balancing:

Since entering Early Access in May 2021, The Hand of Merlin has had five major updates on its path to 1.0. These updates have added a wide range of new features designed to improve the overall player experience, including new heroes, passive skills, Hard Mode, controller support, alternate maps, meta progression and more. We’re so happy with how the game has progressed since the EA launch, and are excited for what’s still to come as we near the release of 1.0!