Can you believe the gates of Eville have been open for a full month already? Time really flies when you’re unmasking Conspirators… or deceiving innocent Villagers. But our work is not even close to done!

We’ve got a lot of cool stuff on the horizon planned for you! However, our first priority is to continue improving the experience for everyone, and we sincerely appreciate this wonderful community, who provide us with such amazing feedback.

If you haven’t stepped into the village of Eville in a while, now is a great time to visit! Let’s take a look at some of the key improvements that have been made since launch: 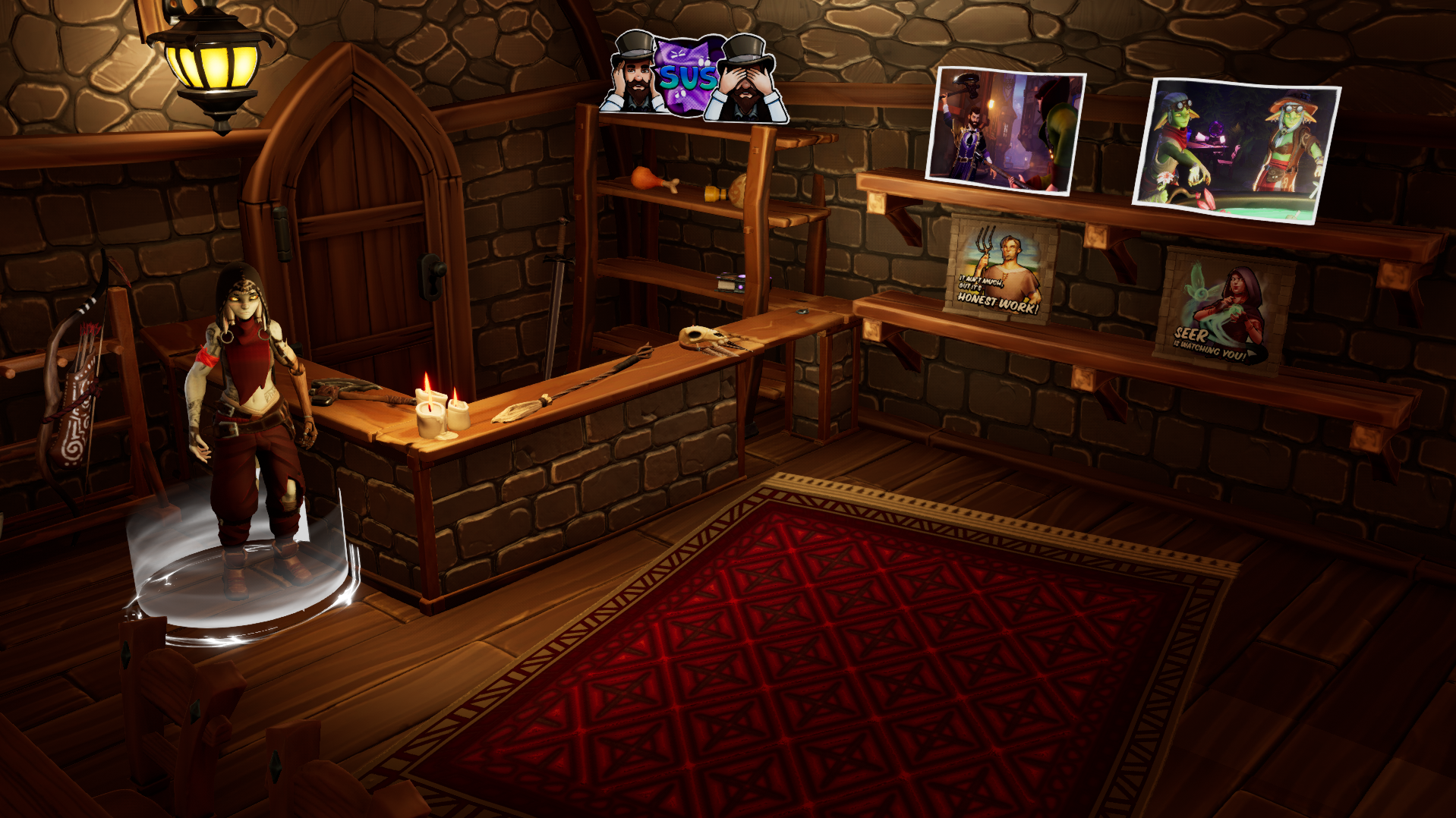 We’ve added a new shopkeeper in the pre-lobby tavern so players can access the store before the game begins. The shopkeeper is on the first floor of the tavern & players can view & purchase any items available in the current shop. 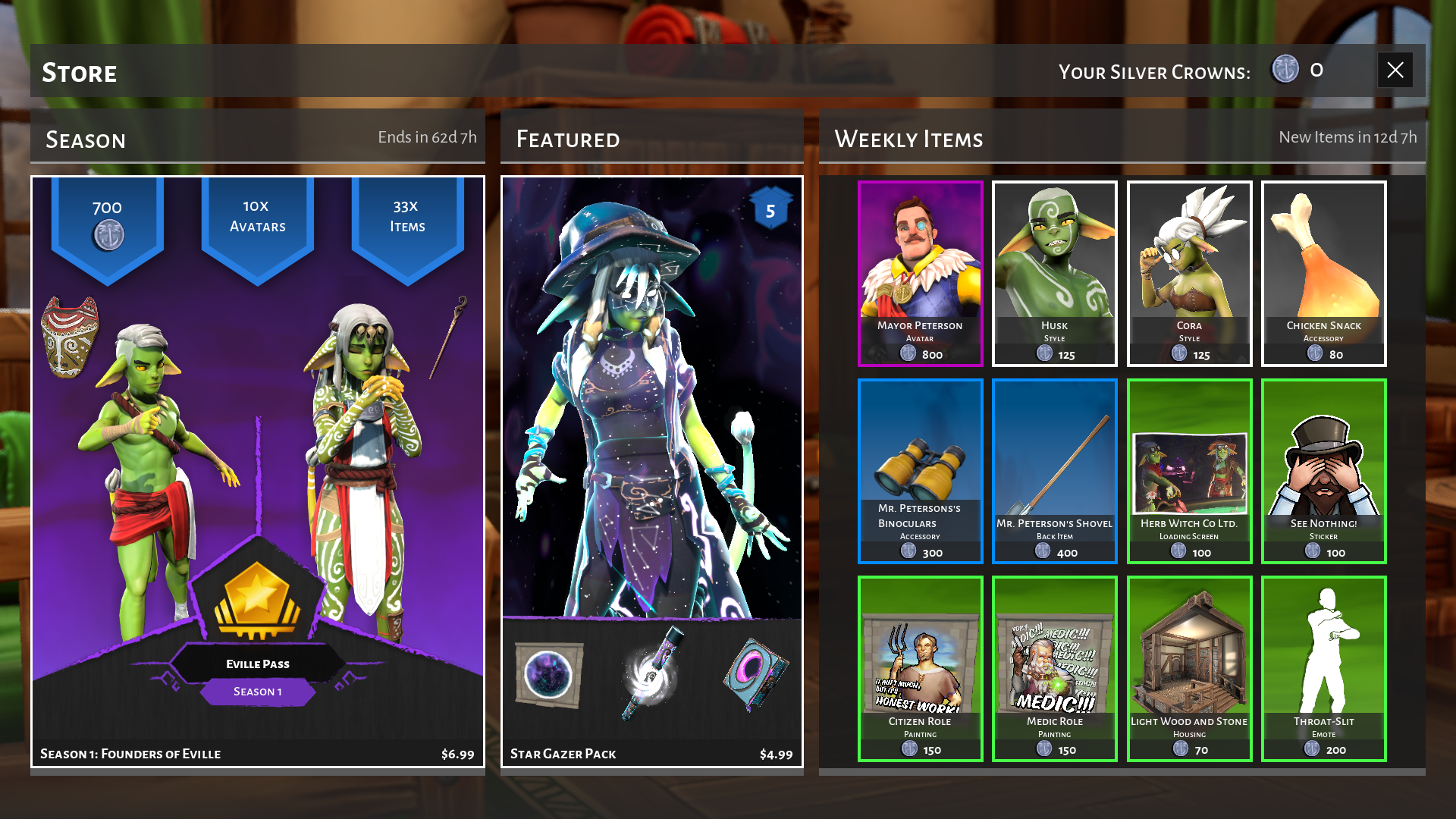 We’ve added a major upgrade to the moderation & safety of the game – a blocked word filter. To help enforce our Code of Conduct, words that violate it will now be unable to be used in Lobby Names, in-game names & in-game text chat. This is a live feature – meaning that we are constantly updating it & bettering it to the best of our ability. We’re always striving to improve these systems, so please make sure to send us any feedback in our Discord Server.

There’s something strange in the neighborhood… a new Stranger faction has been added to Eville! Strangers are neither Villagers or Conspirators, and can side with either one, but don’t always have to. Being a stranger means you pursue your own goals.

Our first role to break in the Stranger Faction is none other than the long anticipated Shape Shifter. The Shape Shifter will randomly take on roles with the personal goal to act as that specific role during the game. For example, you have to find a player for that specific role. If you pick a player with the wrong role, however, you’ll feel the effect of being poisoned. On the other hand, if you select the right player, you’ll have successfully fulfilled your goal and they’ll be poisoned as a side effect instead! We hope you enjoy this new faction & all the roles to be added to it.

And that’s not all! Remember earlier when we said we have cool stuff on the horizon? Well, we’re not quite ready to declare our Seer role and spill the beans yet, but here’s a quick glimpse of what’s to come:

Eville on PlayStation – It’s been our goal to put Eville into the hands of as many players as possible, and we’re very excited to be launching on PS4 & PS5 on November 15th! Get ready for even more chaotic goodness!

New Content Update – The VestGames team has been hard at work preparing a new update for Eville, which will be available for free on all platforms before the end of November.

Special Winter Event – Did you enjoy all the festive goodness during the Halloween event? We hope so, because we’re going to do it again! Well, not Halloween, but something equally as festive and seasonally appropriate.

And so much more, but that’s all we can say for now. Expect to hear about this all in greater detail over the next few weeks. We cannot thank our community enough for being on the Eville journey with us 💜

Versus the Week: Meet Lauren

Versus the Week: Meet Lauren