Baltimore, MD – March 28th, 2018: Indie publisher Versus Evil today unveiled plans for fans at this year’s PAX East from 5-8th April at the Boston Convention Center.  The ‘Versus Evil RPG Experience’ will take place at their Booth #13096 and includes hands-on playable demos of two of the year’s most anticipated role-playing games Pillars of Eternity II: Deadfire from Obsidian Entertainment, and Banner Saga 3 from Stoic Studio. Also available at the booth will be official cosplayer photo opportunities with characters from both games, a live streaming stage, the chance to meet key developers from both studios, and sales of exclusive official merchandise.

Versus Evil is also sponsoring a panel hosted by gaming personality Jesse Cox entitled “Role Playing – Our Lives Depend on It!” on Saturday 7th April at 2pm in the Albatross Theatre.  Jesse, along with General Manager of Versus Evil, Steve Escalante, and key developers from Stoic and Obsidian Entertainment will discuss all things role playing in the video gaming world and about their own personal experiences with role-playing games of the nineties up until today. The panel will end with a Q&A session from the floor.

“We are excited to bring something new to the Versus Evil PAX experience where fans will get a chance to play the games and meet the teams creating them,” commented Steve Escalante, General Manager at Versus Evil.  ‘These two award-winning RPG games continue to push the genre forward and role-playing fans will not be disappointed with the rich experience we’ve lined up for them at this year’s show.”

The live streaming stage at the booth will be hosted by gaming personalities Meg Kaylee (@s_riddling), Adrian (@Okaydrian), and Kason (@Cupahnoodle) and will include interviews with developers and cosplayers, game livestreams, discussions about role playing in general, and much more!

Pillars of Eternity II: Deadfire (@WorldofEternity), releasing May 8, 2018, and Banner Saga 3 (@BannerSaga), coming later this year, are currently available for wishlist or pre-order through Steam, GOG, and other major digital retailers. 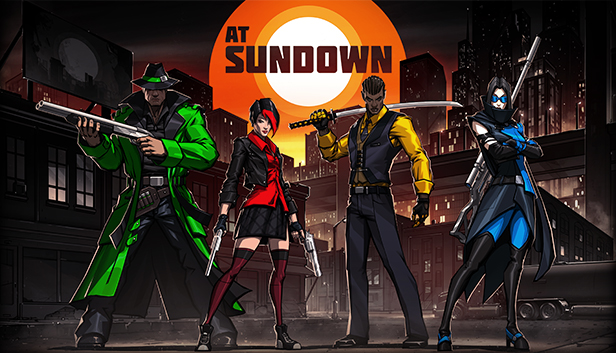 At Sundown playable at PlayStation Experience 2017

At Sundown playable at PlayStation Experience 2017