Since The Hand of Merlin’s release, we’ve received an incredible amount of feedback from the community and we’ve read every single request, suggestion, and bug report. We can’t thank you enough, and please keep them coming!

We’re excited to share that we’ve just released a new update for PC and consoles containing some new features, as well as a wide collection of general fixes and quality of life improvements.

Read below for full details!

The Hand of Merlin 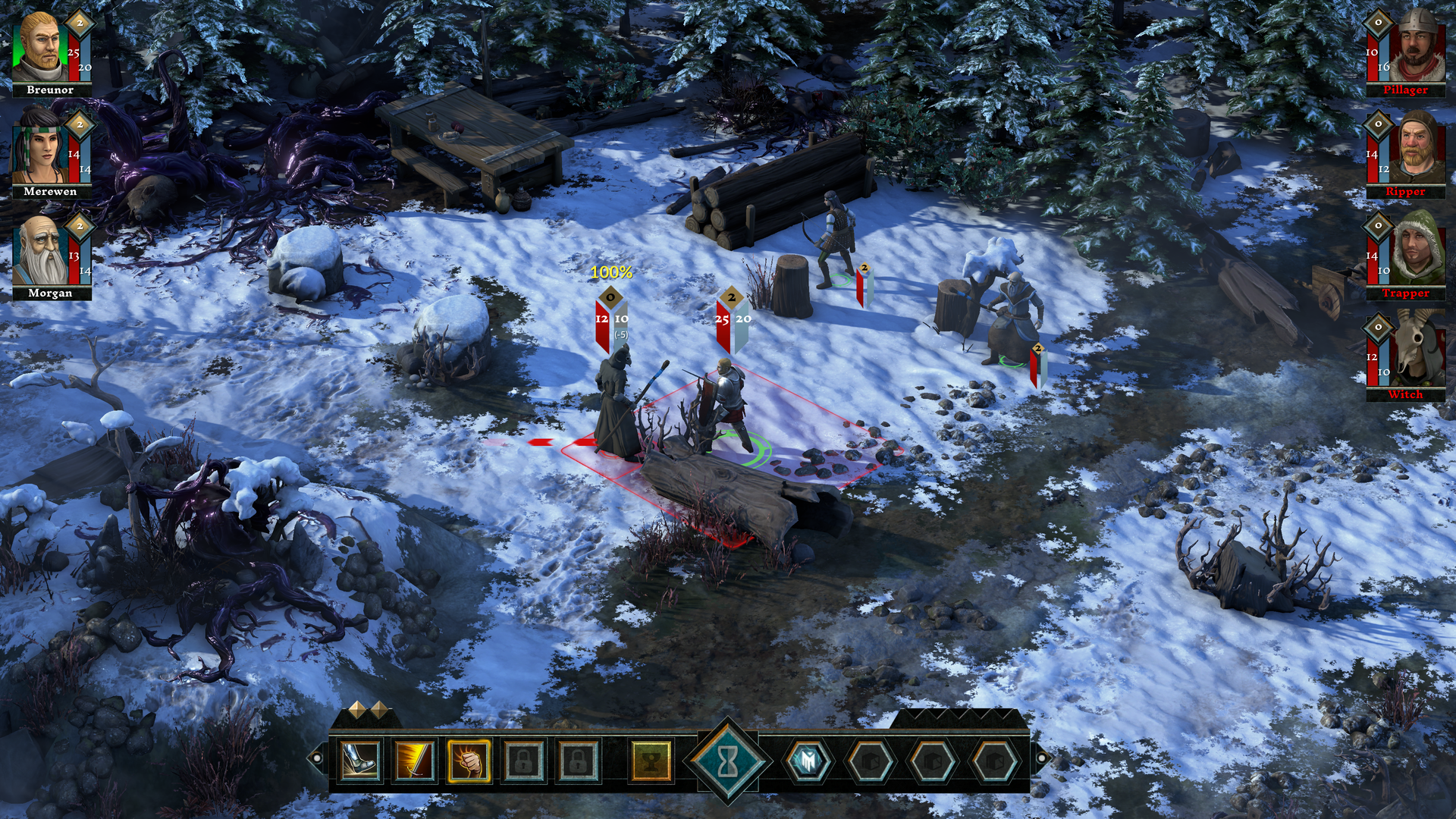 New features:
• Revamped the control scheme when using controllers. UI navigation should now feel more intuitive, and aiming in combat should be more precise as well.
• Heroes can now be repositioned on the battlefield during the new Deployment Phase, just before battle actually begins.

General fixes:
• Fixed a crash when starting the game after having played with a Hero added via a mod and then disabling that mod.
• Fixed a crash when starting the unmodded executable with mod content available.
• Fixed a rare crash that could randomly happen in combat.
• Fixed skirmish hints overlapping with the action bar.
• Fixed arrow trails not being visible enough when almost completely vertical.
• Fixed card tooltips being obscured by Map State Top Bar in TV mode.
• Changed the blacksmith prices to regenerate if the discount changes inside the same city (like in the Toledo encounter). Visiting the regular blacksmith first, then getting the discounted blacksmith and going back to the regular blacksmith will regenerate the prices, because that blacksmith is now either angry you went to the other one or happy you came back to him, so he adjusts his prices accordingly.
• Fixed a bug where reaction areas would remain in their original places after repositioning a unit (for example, Warrior’s passive).
• Fixed an issue where the portrait tooltip when hovering over a unit would be behind the reposition banner.
• Fixed an issue where large units didn’t properly take into account the walkability of tiles just outside their range, which was most apparent for large toads using their leap ability where they could jump onto a tile with a unit just outside the range, causing the two units to occupy the same tile (small unit in a large unit).
• In Endless Mode maps, moved enemy spawn points so that it’s impossible for large units to spawn inside abyss or cover.
• Fixed a bug where bestiary notification would keep popping up even if there were no new abominations encountered in a fight.
• Fixed a bug when spawning wave units in the case where there’s no room for the unit to spawn on any spawn point, which would lock out player controls due to the infinite loop.
• Fixed a bug where sometimes some aura effects could remain lingering, potentially causing gameplay issues.
• Fixed an issue where selecting spells for the loadout didn’t work well on screen resolutions other than 1080p.
• Imposing Defense (upgrade of Warrior’s Fend Off skill) now has correct status effect name to be visiblly different from the base ability.
• Fixed a bug where all upgrades of Archers’ Vigil (Ranger skill) were treated as defense skills instead of offense skills.
• Fixed Mythic Wygar relic ability being counted as offense, when it’s a defense ability.
• Fixed an issue where Merlin’s Translocation spell used the wrong visual effect.
• Fixed a bug where the knockback from abilities that can push the caster wasn’t shown during the preview before using the ability.
• Fixed an issue where Warrior’s Dreadful Rebuke status effect would sometimes trigger when not intended.
• Fixed an issue where killing the last enemy didn’t let the rest of the skirmish actions finish, which included animation actions, causing units to T-pose at fight ends.
• Fixed the endless combat number counter not being correctly scaled.
• Fixed a bug where the icons for skills were incorrectly scaled in the Codex.
• Fixed an issue where the portrait bar floating controls were obscuring the buff/debuff icons.
• Fixed an issue where the tile tooltip was showing a floating control for hiding it without any context (aka added explicit text to it saying “hold

Quality of life:
• Added a new options tab “Progress”. Moved the wipe progress button there, and added a new button for rechecking achievements / trophies.
• Updated the ability tooltips to show the type of skill (offense/defense/utility).
• Zoom level is now preserved across fights. Closing the game will reset this.
• Swapped the colors of relic backgrounds in the codex relic tab to make them match the color of the relic name.
• Improved the tile tooltip wording for AP and mana costs, dashing and reveal texts.
• Changed Volley projectile params to make the arrow and particles more visible during its travel.
• [PC only] Added a new menu option for swapping the left and right mouse buttons.

Gameplay balancing:
• Added a new species category for “construct”. Changed all decoys and automatons to be constructs. This means abilities which target abominations will no longer target player-summoned units.
• Carnwennan relic now has a 1 round CD.
• Changed Raise Shield (upgrade of Warrior’s Shield Block skill) to not decay from auto-use abilities or effects, such as reflected damage.
• Ranger’s Protective Partner skill (upgrade of Partner Up) can now reduce enemy accuracy to zero.
• Paladin passive description is updated to explicitly say it does not trigger on movement abilities.
• Edited description of Sword Sworn effect to say the attack must be targeted.
• Changed Warrior’s Fending Off status effects to only trigger when attacked by an enemy.
• Warrior’s Sword Sworn skill and upgrades updated description so to note that the caster can only mark one ally at a time.
• Thorntoad’s Miasma is now capped at 2 stacks max (previously, it was uncapped).
• Changed Basilisk’s Whip ability to apply damage (and Daze for the Dire version) before knockback, since doing it afterwards makes the damage be treated as ranged if the target was pushed.
• Armor bypassing skills on enemies have been toned down.
• Enemy Mystics’ abilities have been toned down.
• Enemy Alchemists now deal fewer stacks of Blind/Slow per throw.

Linux / macOS:
• Removed x8 anti-aliasing option for macOS devices.
• Fixed crashes on Linux with AMD GPU that occured when the game was switched out of focus in fullscreen mode or when game window was resized.
• Fixed an issue where the Discord button did not work on Linux.
• Added support for Xbox One and PlayStation 4 controllers to Linux. 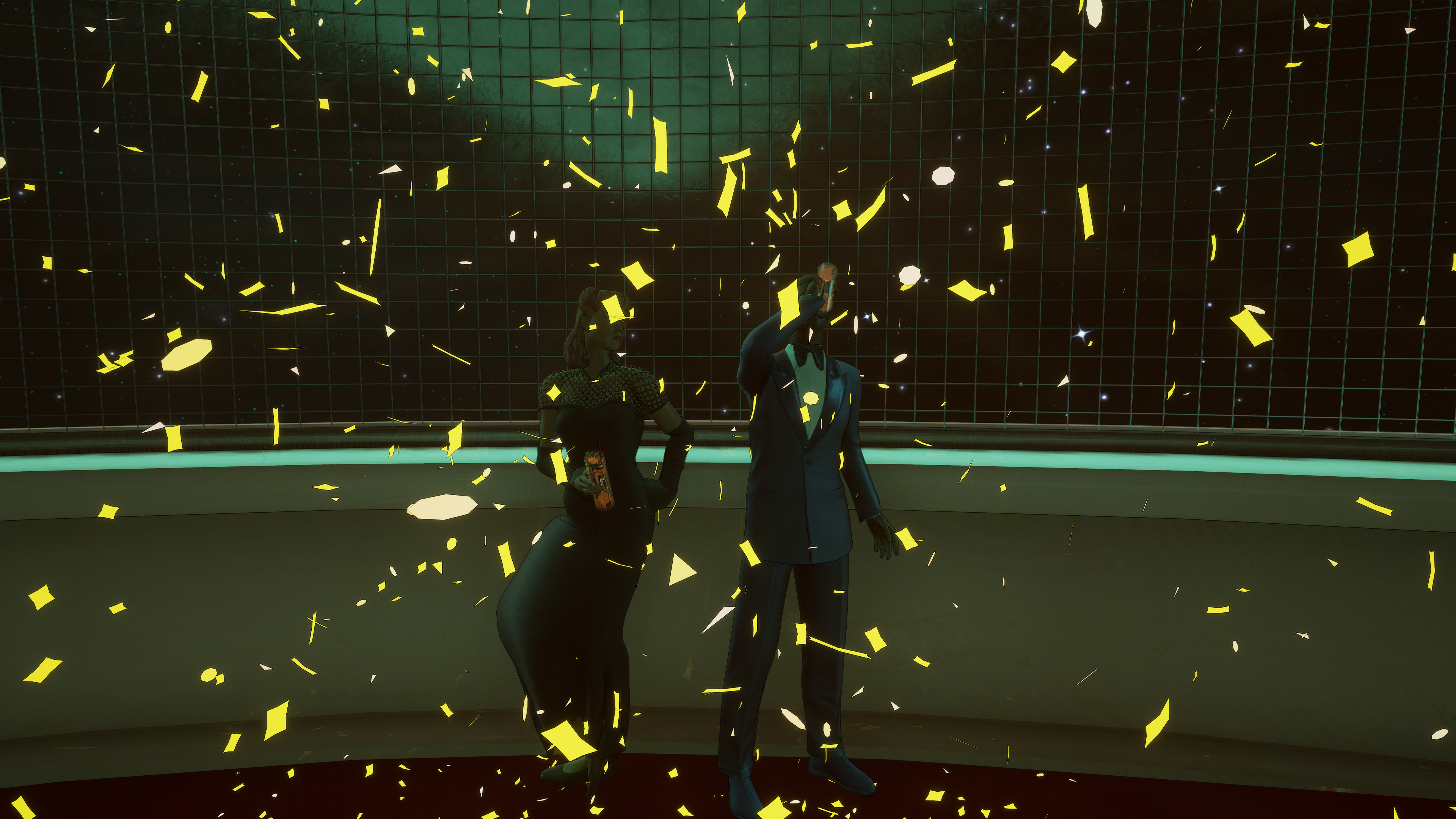