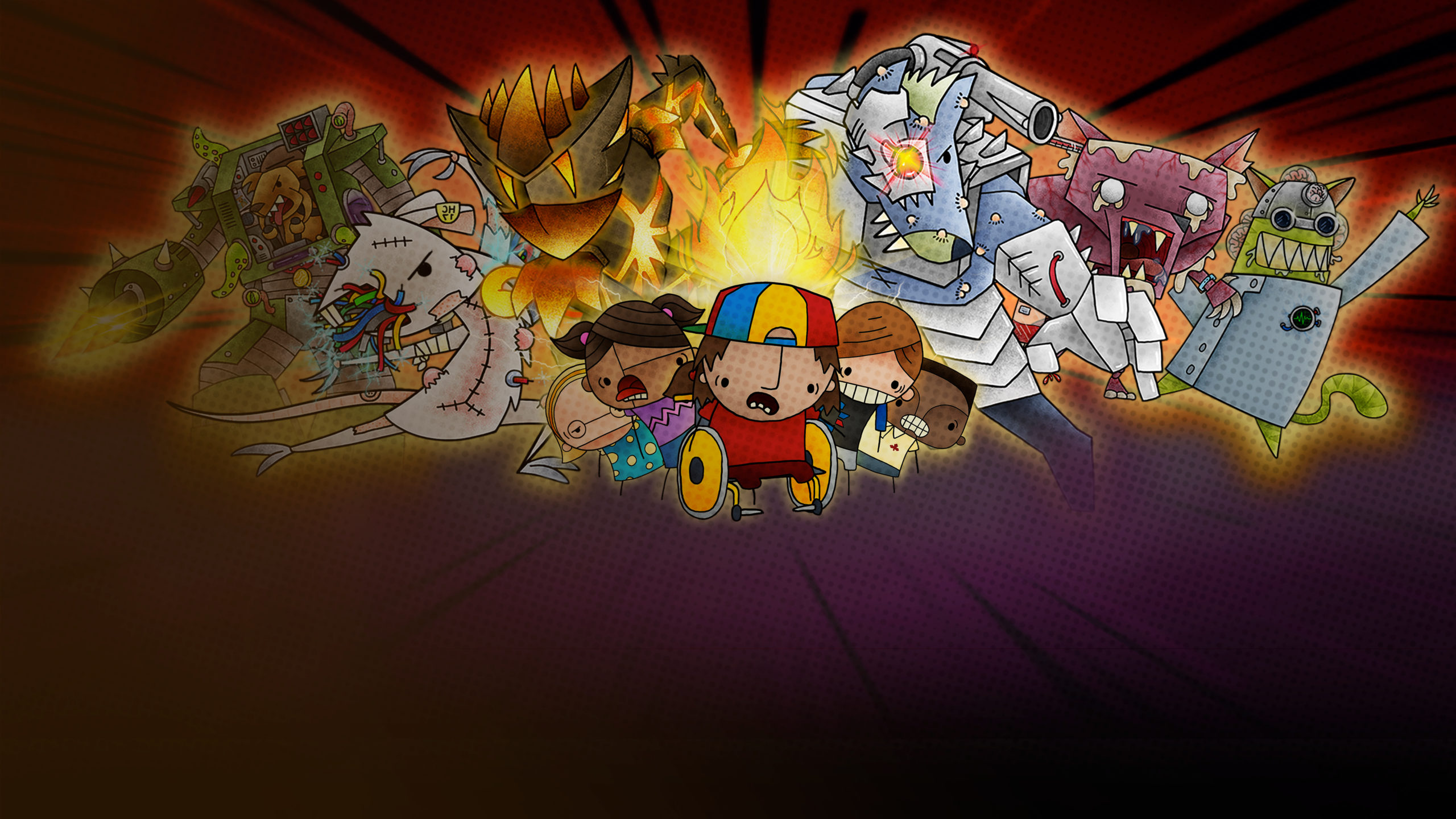 Cardpocalypse Out Now on Consoles – Play it Everywhere

Baltimore, MD – December 12th 2019 Gambrinous, an award-winning independent game studio, and Versus Evil, one of the leading independent game publishers, today announced that their role-playing game Cardpocalypse is now available on PlayStation 4, Xbox One and Nintendo Switch. Cardpocalypse is also available on Apple Arcade and the Epic Games Store.

From the award-winning indie game studio, Gambrinous, creators of Guild of Dungeoneering, comes an RPG where battles are played with an epic collectible card game. Cardpocalypse encourages you to make friends, play cards, twist the rules and become a Mega Mutant Power Pets master as you try to save the world in this single-player RPG about being a 90’s kid. In Cardpocalypse, you’ll trade, earn, wager and change rules, even permanently altering cards on your way to victory.

Build your decks around the ultra rare Champion cards you earn. Each Champion comes with unique abilities to tailor your deck around. First player to get their opponent’s Champion card’s health to zero wins the match. You will have to customize and overpower your favorite cards by applying stickers on them, on your path to saving the world from an impending mutant invasion. Players can earn better cards by completing quests, trading your candy stash for them, and defeating opponents.

“Cardpocalypse taps the nostalgic vein with a superb blend of narrative and unique card game mechanics all wrapped up in an RPG that takes card battling to a whole new level,” said Steve Escalante, General Manager of Versus Evil.

Cardpocalypse will also be seeing new content next year, starting with the free Gauntlet Mode update. Choose a Champion and work your way through a series of challenges in a mega mutated version of draft mode. As you progress you will unlock more cards, more decks, and more playable Champions.

Gambrinous is an award-winning independent game studio founded in Dublin, Ireland in 2014. Gambrinous makes digital games inspired by the wonder of tabletop & board games.  The Studio released its first game ‘Guild of Dungeoneering’ in 2015 to worldwide commercial and critical success. Fans and press particularly loved the way it combined ideas from tabletop games with a humorous satirical narrative, creating a unique digital experience.  Colm Larkin and Fred Mangan, the studio directors, intend to keep creating games that surprise & delight their fans.

Founded in 2013, Versus Evil, LLC is the US based video game publisher behind critically acclaimed video games Pillars of Eternity II: Deadfire and The Banner Saga trilogy. Publishing games on all major mobile, PC and console platforms, Versus Evil works with independent development studios from around the world. Titles include RPG – collectible card game adventure hybrid Cardpocalypse, Yaga the role-playing folktale, and the zombie arcade – action shooter Into the Dead 2. The corporate philosophy is to champion for the independent game developer. For more information visit https://versusevil.com

Chat with us on Discord: https://discord.gg/versusevil