Alphas have lots of amazing abilities, and a lot of tools to help them take down some corrupted baddies. But the fine folks at RUNWILD had another idea in mind. Something they’ve been wanting to add to Almighty: Kill Your Gods for a while, and we think you’re going to love it!

Creative Director Darran Thomas is back to tell us more about this super cool new feature coming soon to Almighty!

We have the usual updates to report in some respects: we are continuing to work hard on the game, bug fixing and optimizing as we go, and basically improving the experience. These past few weeks, we have also been looking at Raids specifically, trying to sort out the issues in multiplayer, and we’ve made some good progress there.

We haven’t been very vocal on Steam or Discord as of late, but we’re always scanning them for more of your great feedback and adding some of those suggestions and fixing issues where we can. Like speeding up the extracted objects opening process, for example, and allowing an ‘accept all’ or ‘slaughter all’ for Wildlife. So, thanks to everyone who is making an effort, it’s really appreciated.

As we continue to flesh out and finish off current features, we have also finally implemented the throwing system we initially wanted as part of the carrying system for large extractable objects.

So rather than just pressing ‘E’ (interact) to drop the object, you can hold ‘E’ down, and the longer you hold it, the more force you use.

If you hold down ‘E’ long enough, then the object you are carrying is charged with Static Magic, and electricity starts arcing off it. When thrown, it will cause a Static explosion on impact, damaging any enemy it hits!

So now you can shoot off a Mite Claw, pickup said claw, and then smash the living daylights out of the Mite with it using the already implemented Melee! And you can charge up the claw and throw it at the Mite for explosive impacts.

Feels pretty satisfying and is essentially our version of ripping off someone’s arm and beating them to death with it! 😊 The damage will scale with player tier, and it’s pretty fun lobbing an object into a group of Lost and see them go flying.

In addition to the offensive capabilities, being able to throw objects to each other is very useful in co-op when collecting things and can also make running to an extraction point slightly easier by throwing things ahead when a battle ensues. 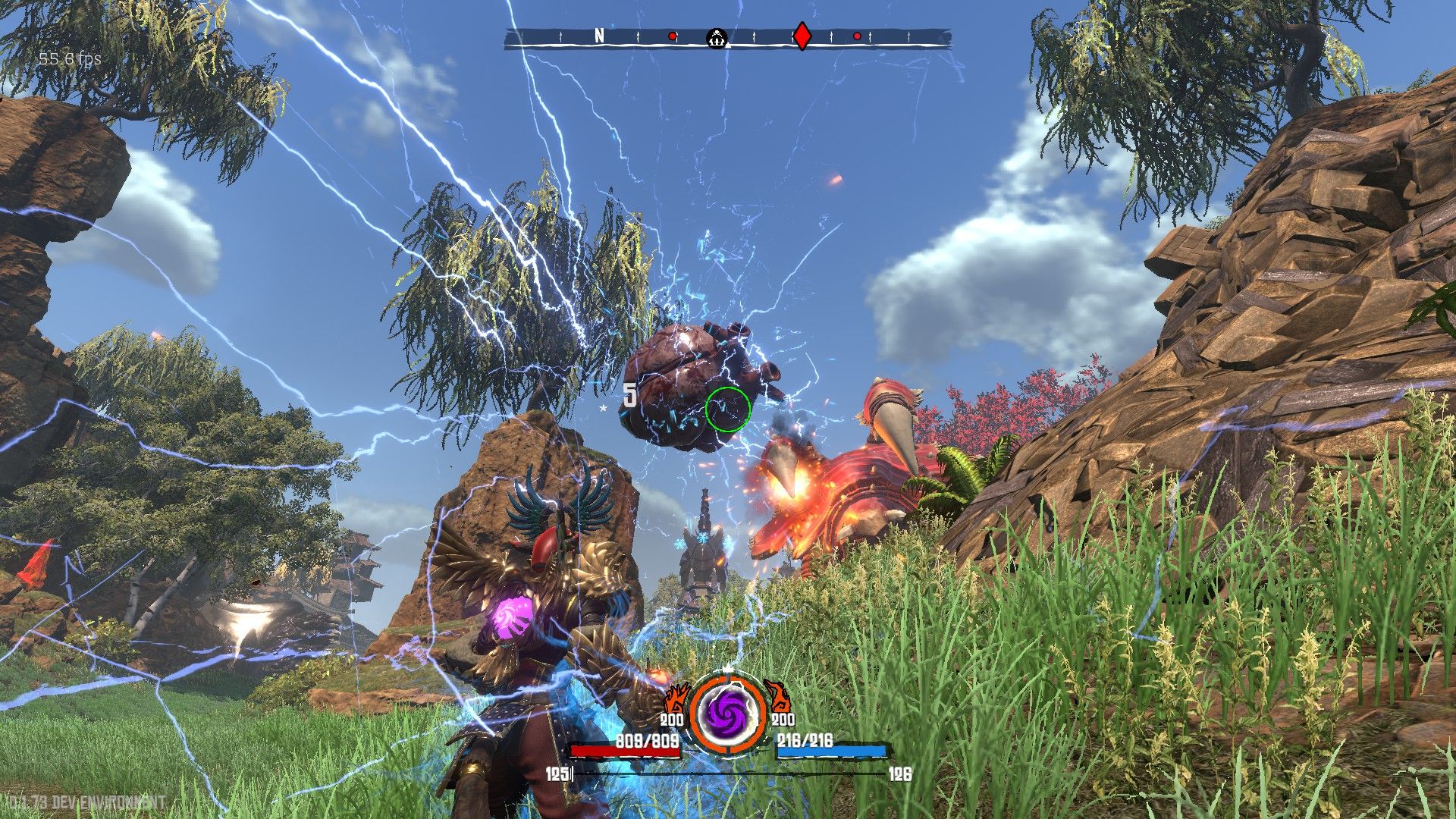 Versus the Week: Meet Phil

Versus the Week: Meet Phil