By MaevriDecember 9, 2020 Versus The Week, Almighty
Wishlist Almighty: Kill Your Gods on Steam

This week we’re introducing you to another enemy in Almighty: Kill Your Gods – the Feral. These guys are TOUGH, especially as a brand new character checking out Feral Island for the first time. Don’t underestimate their power; they hunt in packs and can royally mess you up. But the loot is WORTH it.

Read on to see what Game Director Darran Thomas has to share about them: 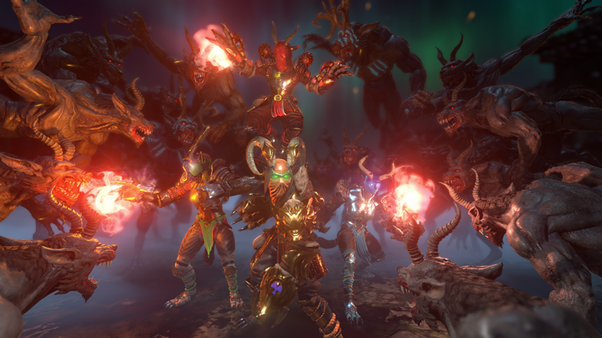 The Feral are Werewolf like characters that largely come out at night to hunt, and have similar traits to the Kun, but are different in that they cast no magic and rely on physical prowess.

They are a representation of the fiercer, and base instincts of the Kun. The complete opposite of the kindred, they are a divergence in the evolution or devolution of the Kun race of characters. Wild and uncontrollable their numbers have grown, they hunt in packs and have vicious melee attacks, and can leap in the air and pull an unsuspecting player out of the sky if they glide too low to the ground.

This leaping ability will require you to use different tactics around them, as jumping in the air and gliding is usually a good tactic to avoid melee attack, but with the Feral this can leave you vulnerable so it may be better deploying Charge and spin attacks to get out of their way. 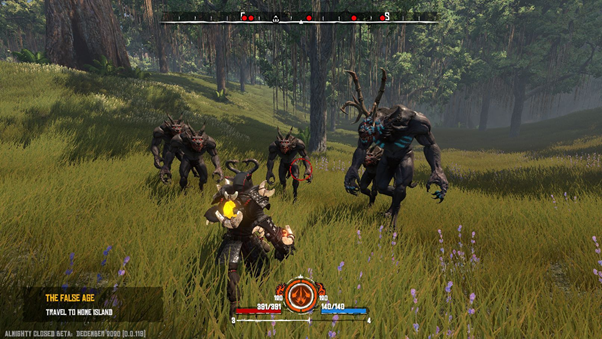 The feral come in 2 variety, the Alpha and Pack types. The Alpha is larger, more powerful, has larger horns and wears war paint to signify their dominance. The Pack Feral are smaller than the alpha with smaller horns but still ferocious and dangerous but can lose focus and become unorganized if the Alpha is killed. It will be important to remember this while coming up with your strategy for handling the Feral packs roaming the island. 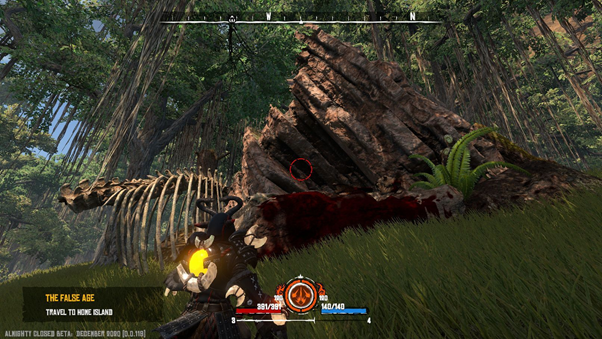 The Feral spawn from Feral Lairs that can be found in the areas they populate, that look like angular rock formations sticking out of the ground. If you can remember the original Gauntlet game and the ‘Pile of Bones’ that spawned enemies, Lairs work in a similar way. While they are still in one piece they can keep spawning Feral that will hunt and harass players. You can destroy these Lairs to stop the Feral spawning from that location and give yourself a bit of a breather, or you can always just wait for more to emerge and farm some really nice loot.

Where it does get tricky is when you are attempting to complete a quest or trying to take down an Overseer – you may want to clear out the Feral Lairs first during the day so that you don’t have to deal with the addition of Feral attacking when night falls.

Whatever your strategy in dealing with the Feral, they are not enemies to be taken lightly. However, spending some time fighting these menacing packs of creatures can be a great way to get really nice loot, especially earlier on in the game.