By VS DaveAugust 23, 2021 Versus The Week, Almighty
Buy Almighty: Kill Your Gods on Steam

We put out a call for you on social media to send us your questions for an Almighty: Kill Your Gods AMA, and you did not disappoint! We told you that the team was willing to answer anything you wanted to ask, and they did not disappoint either.

So, without any further ado, Game Director Darran Thomas is here to answer the tough questions, and maybe even teach you a little something you didn’t know about the lovely country of Wales. Or pizza.

Oh, just read it. You’ll see what I mean. 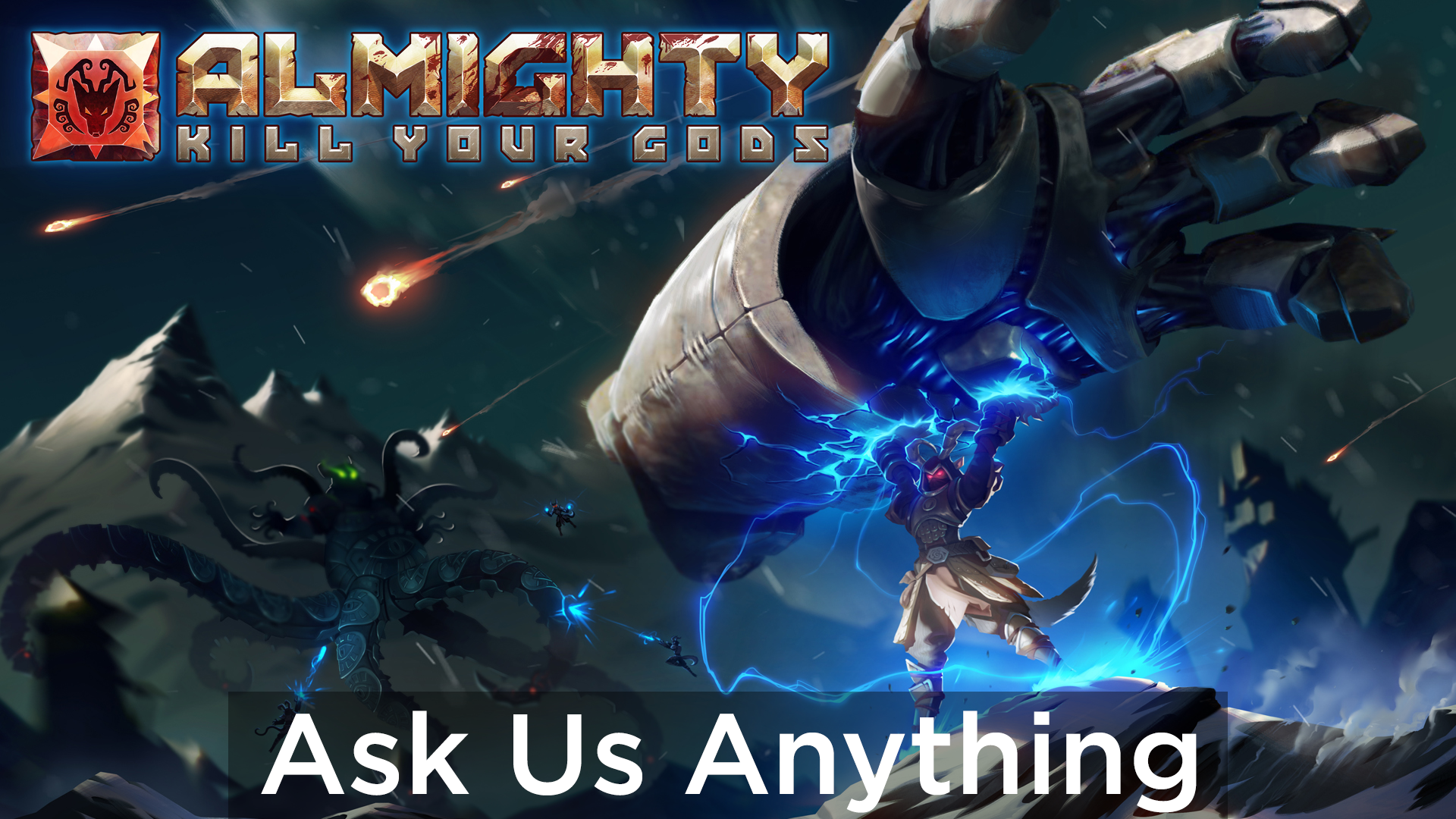 There were a lot of influences. We started with Welsh mythology, which inspired the main characters and are based on the Cwn Annwn, or Hounds of Otherworld as they’re translated. We’ve given them a bit more of a werewolf twist, but that’s where they started.

Then games like Infamous, The Division, and Monster Hunter influenced some of the gameplay choices early on. The important thing for us is that the game evolved as we iterated to create its own voice.

In terms of books, the Mabinogion had some influence, I guess, which is a book of Welsh mythology and lore. The Bardass, which details ancient British druidic beliefs, where we borrowed Awen from, which is kind of like a version of Chi, which we have as a source of magic.

Things like Deadpool, Ash Versus the Evil Dead with its gross humor, and even the original Thundercats animated series are probably all mixed up in there somewhere too, along with some Sumerian lore.

Leon’s favorite is something he calls the “Suck n’ Blow” build. It uses a Void Amulet to gather enemies and do area damage, fires Sticky Bombs into the middle of the group, and then a blast from something to detonate it and explode them all over the place.

I like to play with a Shield Stone with Sigils that boost its rebound damage for when I get mobbed by enemies–especially flying ones–and a Morning Star Amulet to do damage as I run around doing whatever I’m doing.

The idea with the Powerstones and Amulets was to create a system we could build on. We need to do a bit more work on the Amulet system to make it easier to add new spells, but we have a lot of ideas for expanding them, including summoning ancestors, dragons etc.

Although we love the idea of summoning a pack of wolves, I think we’ve ruled it out because four players all doing it may cause us some performance issues.

Melee is certainly an area we want to work on. It wasn’t a focus for us initially, as our priority was shooting and spells, but people seem to want more depth and polish, so we are going to do more work on it.

We’re sitting around the 69%-70% positive mark, which ideally could be better as it would give us more prominence on the Steam store. So, in terms of reaching a wider audience, they could be better.

We see the reviews as a learning process. We try and look at every review to see what we can take from it, what people like, what annoys them, and what they think could be better.

We also take huge encouragement from people who see what we are trying to do and appreciate our progress. It’s part of the development process and what we wanted to do with Early Access. We appreciate people taking the time to leave a review, even when they are negative.

We still don’t have any release dates and are still not discussing which platforms we are working on, I’m afraid, but part of the optimization work we are doing now to benefit the PC version will directly benefit the console versions in addition to the work already being done.

There was no consensus on this one. Pepperoni seemed to be the favorite, with BBQ Meat Feast, Hawaiian, and anything Vegan, but there was some debate if Pineapple was acceptable on a Pizza. [VS Dave’s Note: No. Not it is not.]

Stuffed crust just about gets the vote.

They’re great! They increase exposure for the game, but also provide meaningful feedback, which we value. Part of the reason for doing Early Access was to get feedback from players early enough to make a difference. Find out what people do or don’t like, what they think is important, and help that shape the game. Having Heralds share the game with their audiences helps this process.

Personally, I worked before University and through it to help fund my studies. I worked making furniture frames, on a fruit and veg stall, making lightning appliances, and doing interactive multi-media business presentations, and an instructor in 3D animation.

I would say learn a trade. Get good at something that could add value to a team. There’s never been a better time to learn how to make games. The barrier to entry has never been lower with the tools available, and there are numerous learning resources online. So, make some games!

Try and collaborate with other people. Being able to show you can work as part of a team is valuable to any employer. Look at visual scripting. It is possible to make a game these days without being a programmer.

Also look at developing an array of skills in your tool box. Don’t just look at writing. Look at developing narrative design skills, linear and non-linear, dialogue, character and world-building.

There’s more too it than just having an idea for a story that would be useful to a team or your own game. At the end of the day, the more skills you can bring, the more valuable you will be.

Finish what you start. Be realistic about what you can achieve, but don’t be unambitious either. There will be lots of people telling you what you can’t do. Try and find people who will show you how to reach your goals.

If you’re not prepared for some serious hard work and dealing with stress, then don’t even start. And when forming your team, look for people who are honest and have integrity. You can always develop skills and knowledge. When you have developed your own team culture that works for you, be careful who you invite into that circle.

We complain about the rain a lot, but it makes everything lush and green, giving us some beautiful countryside. Which is good if you are inclined to go walk in said beauty when the sun is out.

We’ve always punched above our weight for a small country, as local athlete Lauren Price just showed winning a Gold medal at the Olympics for boxing. We don’t have any exciting views out our windows, but here is a photo of where our office is. 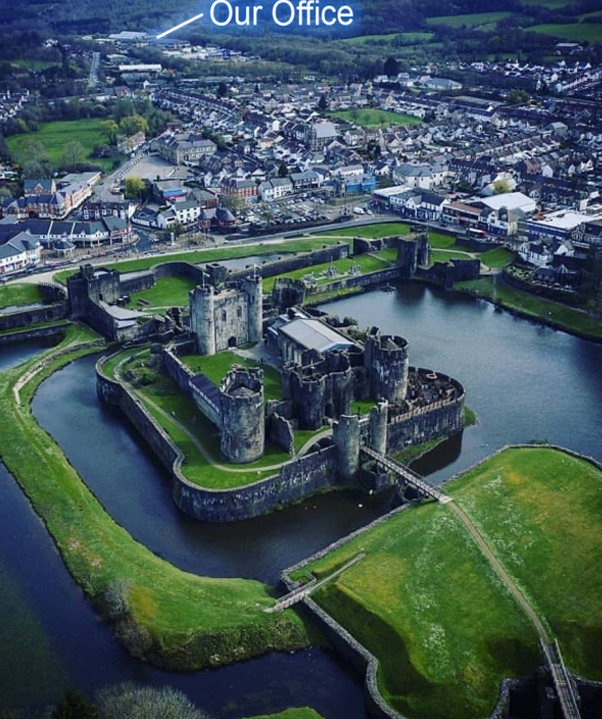 We are working towards Version 1 at the moment and planning out the next six months. We will be dropping regular updates as we improve the game, and that will be based on what we want to do and what feedback we get.

There’s lots of work we want to do in regards to performance, stability, and improving the current systems such as melee, and generally completing content for version 1.

After that, we have many ideas for expanding the game and fleshing out the world with deeper narrative, islands, races, and gods to encounter, but we are not detailing these out yet.

The actor’s name is Clive Riches. He’s local to us and was introduced to us by our Audio Director Stafford Bawler. He’s also a former teacher, ran a children’s theatre group, and is part-time Santa, I believe. Here’s a pick of him as Joh Hammond: 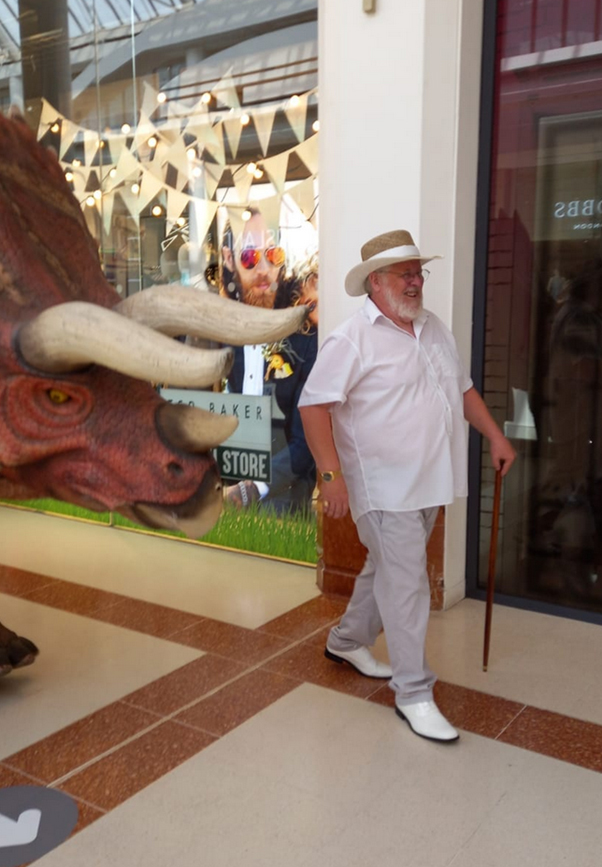 I think the general consensus is Shigeru Miyamoto. We use the phrase ‘Find the Fun’ a lot, which we think originated with him, and we use it in our approach to iterating features.

We may find it’s more fun to do things a different way than planned and will pivot to where the fun is. Meeting someone who has been involved in creating so many great games would also just be cool.