By VS DaveJanuary 21, 2021 Versus The Week, Almighty
Wishlist Almighty: Kill Your Gods on Steam

This week, we’re going to visit scenic Feral Island, one of the earliest locations you’ll hunt in Almighty: Kill Your Gods. While it’s easy to get lost gazing at its towering crags and ornate statues, don’t lose track of time. Feral Island comes alive after the sun goes down.

Read on to see what Game Director Darran Thomas has to say about it. 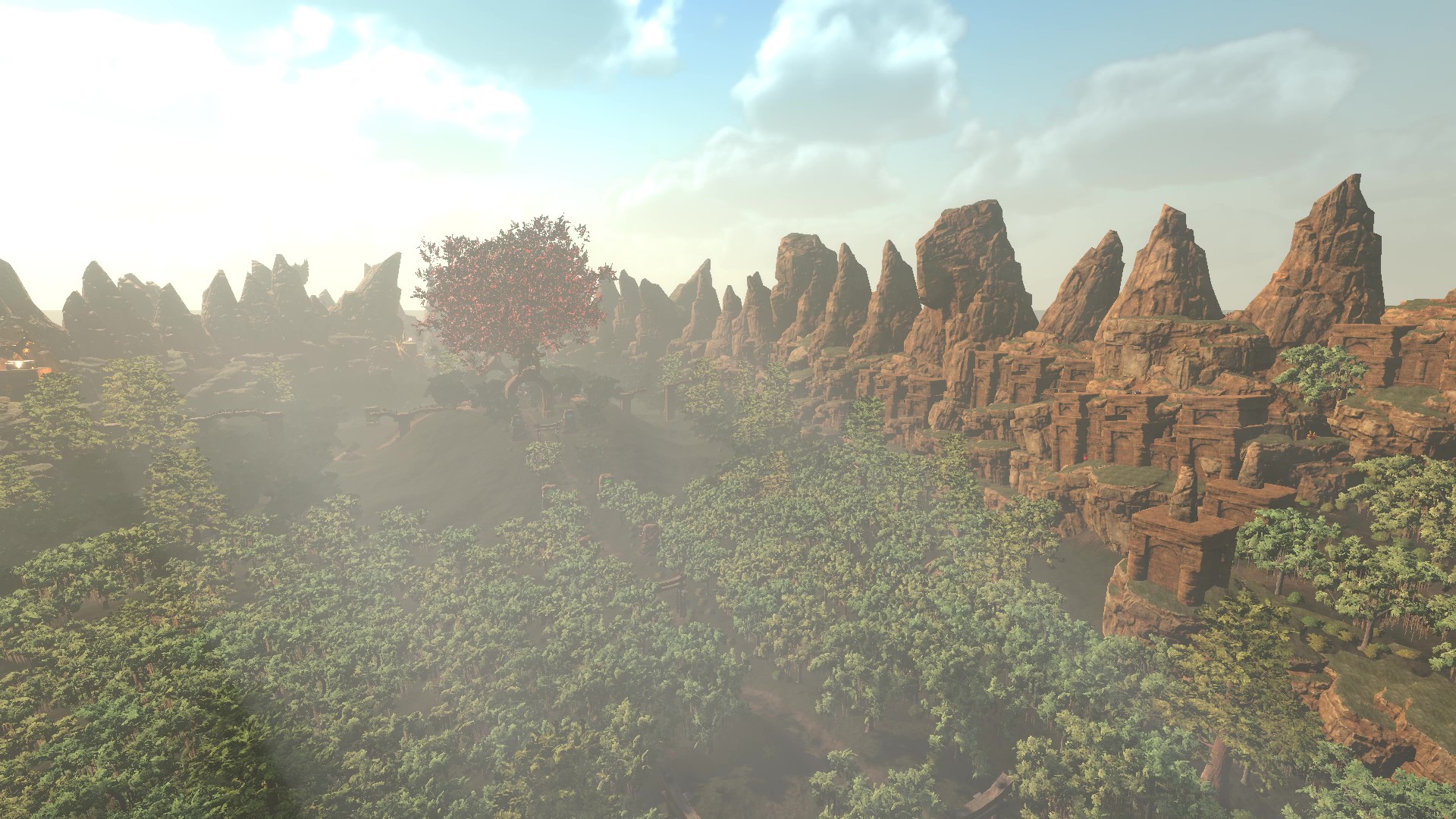 Feral Island is the second island you will get to visit when you start playing Almighty, and certainly one of the more deadly places to hunt.

It is surrounded by cliffs and large rock formations that shelter it from the weather and creates a lush environment for wildlife. The rocks also protect the island from unwanted visitors, or at least they used to. The island is heavily forested, which can challenge visibility, and an Alpha’s Sense ability will absolutely come in handy here.

Feral Island was once the ancient hunting grounds of the Kun Anun, where young Alphas would come to perform their rights of passage into adulthood, called the First Hunt. Carefully stocked with potential prey, the island held great sacred significance to the Kun Anun, but now it has been violated by the Elder Gods’ presence. 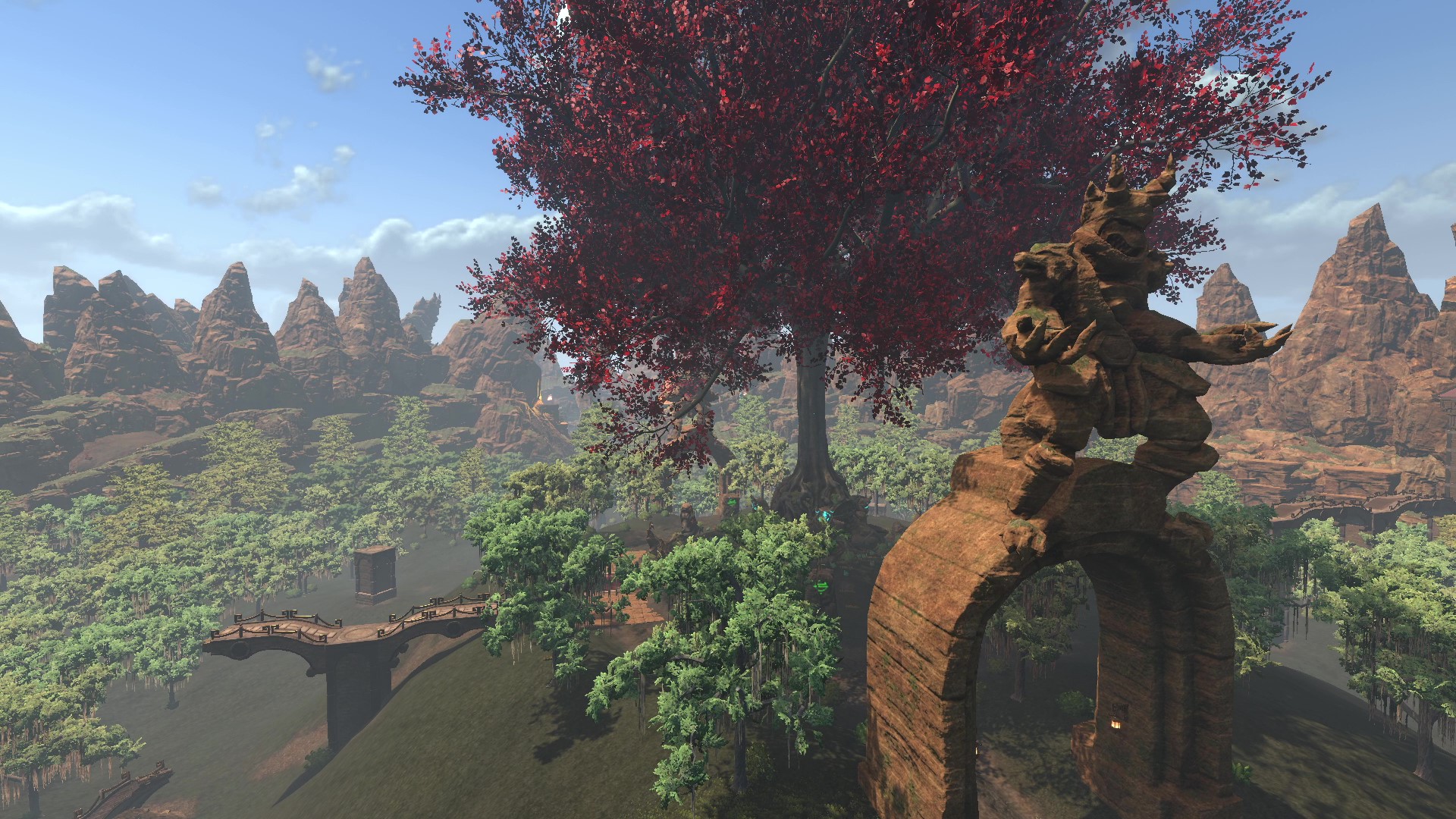 You will get to hunt boar here, and there are two ways to do it: an outright kill that will provide meat and some crafting material, or a takedown that will allow you to throw it over your shoulder and carry it to an extraction point. Extracting Wildlife rather than killing them allows them to be used as livestock on the home island at Farms that will help boost the economy. Or you could more efficiently slaughter them.

However, there is also a vicious threat that the island provides: the increasing number of the Feral that have taken root here. Their lairs can be found around the island and can be destroyed to reduce their numbers. They provide a ferocious melee challenge, and it can be quite disturbing as you gently glide along the treetops and one bursts out from the cover to grab you and slam you back down to earth on your head. 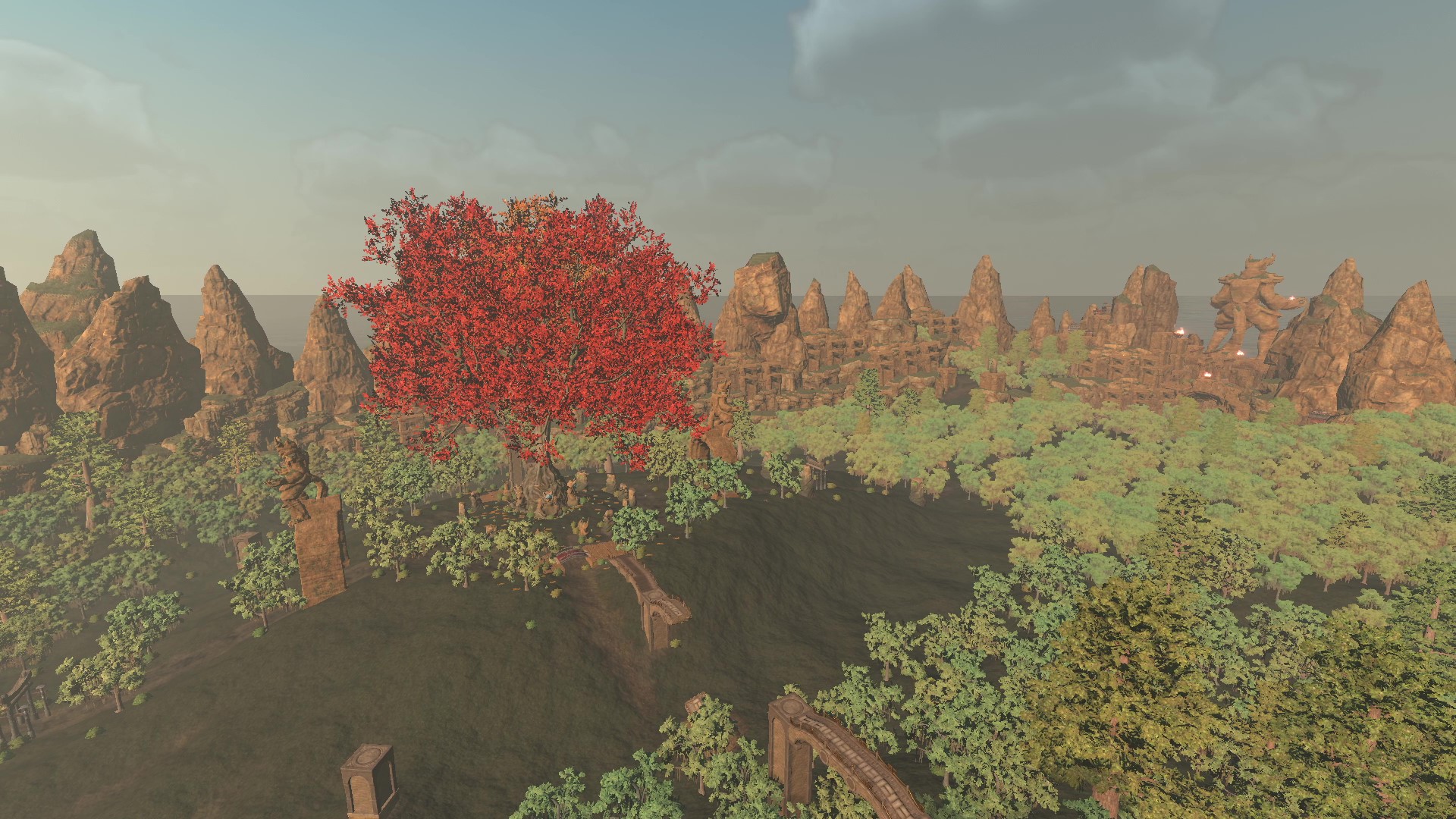 In the centre of the island is a large Nemeton tree, a repository of ancient knowledge. In later quests you will have to activate events here and destroy Sigil Stones protected by Sentinels, to unlock some of that ancient knowledge on your path to becoming Almighty.

To the north is an old settlement that has been largely destroyed by the Elder Gods, which once supported the island’s caretakers with its farms and citadel.  This ruined settlement is overlooked by ancient and towering statues of Alphas, both intimidating and inspiring.

Just outside the north settlement is a small coastal area that can sometimes get a visit from a Mite during daylight hours. This imposing creature is a monstrous crustacean that is probably worth avoiding early on in your adventure, as you could end up in its stomach.

That’s all for this week!  As always, if you have any content or questions, please feel free to reach out. You can stay in touch with the Versus Evil team by joining our Discord and following us on Twitter, Reddit, and Facebook.